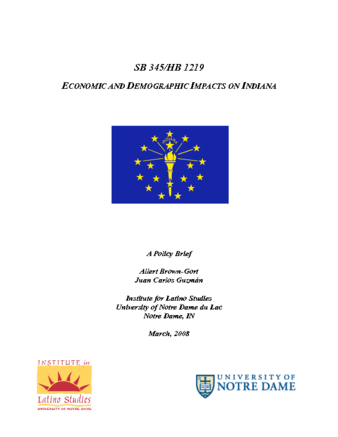 Policy brief describing the potential effects of proposed legislation aimed at controlling unauthorized immigration currently being considered by the Indiana Legislature. Findings indicate a significant reduction in the economic success of the State of Indiana following the passage of the bill including a GDP reduction of about $5 billion and a decrease in taxes of about $200 million. The study uses 2006 Pew Hispanic Research Center data and state data from the Census Bureau.