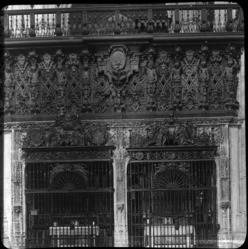 There are over 80 chapels in the cathedral.