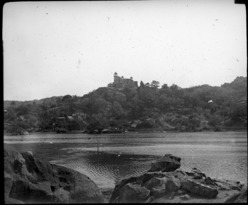 Four main Jain temples were constructed at Dilwara. The earliest, known as the Vimala Vasahi, was begun in 1032 by Vimala, the minister of the Solanki monarch Bhimadeva. A second temple was begun at Dilwara in 1230 by the wealthy banker Tejapala, brother of Vastupala, a minister of the Vaghelas of Gujarat. Dedicated to Neminatha, the temple is known also as the Luna Vasahi. It follows the pattern of the Vimala Vasahi but is distinguished by an increased variety and density in the sculptural ornament. The stone screens in the cloister walk and the main dome in the hall are particularly fine.